The evolution of Sainte-Anne-de-Bellevue has advanced by leaps and bounds in the last century. Today, thanks to Pierre-Elliott-Trudeau Airport in Dorval and daily visits by boaters from Quebec and the United States, the four corners of the world are at our footsteps!

The City of Sainte-Anne-de-Bellevue is located on a place of passage used by First Nations before the arrival of Europeans on the territory. It bears the names of Tiotenactokte (in Algonquin: Here are the last encumbrances) or Skanawetsy (in Iroquois: Eaux vives).

Sainte-Anne and the neighboring islands were a place of strategic contact with the First Nations from the 17th century, as well as an outpost for the defense of the French colony.

The sector becomes an important crossing point for travelers in transit to the Great Lakes.

Beginning in the late 1780s, Scottish immigrants, associated with the North West Company, moved to Sainte-Anne-de-Bellevue and in the early 1830s, the sector acquired an industrial vocation.

In 1840-43, the federal government builds Sainte-Anne-de-Bellevue’s canal and lock, which become the gateway to the Ottawa River and plays a very important role in Canadian maritime trade. The canal is then the only access route to the Great Lakes and is part of the Montreal-Ottawa-Kingston waterway. Throughout the 19th century, raftsmen parade aboard rafts made out of wood from the Outaouais or Gatineau forests. Tens of thousands of passengers pass through the canal on steamboats.

In 1845, the municipality of Sainte-Anne-du-Bout-de-l’Île is created. On April 18, 1878, it becomes the Village of Sainte-Anne-de-Bellevue and is then incorporated as a city in 1895. 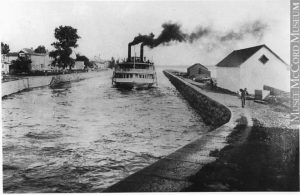 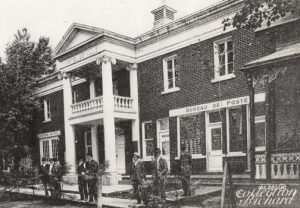 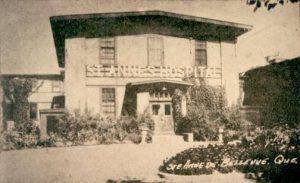 At the end of the 19th century, the shores of Sainte-Anne were sought after primarily by the English-speaking Montreal bourgeoisie, who turned it into a holiday resort. In this, Sainte-Anne follows the movement that affects the entire west of the island: nautical clubs, hotels, tennis courts and golf courses testify to the scene of the summer activities of that time.

In the early twentieth century, the huge campuses of MacDonald College and John Abbot College changed the social and urban dynamics of the village.

The railway having supplanted navigation as a means of transport, the canal and the locks are changing their vocation. Today, the locks are mainly used by recreational boaters.

In 1987, a pedestrian boardwalk was set up along the canal. 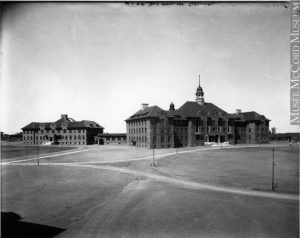 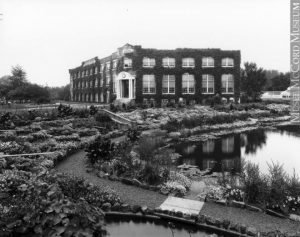 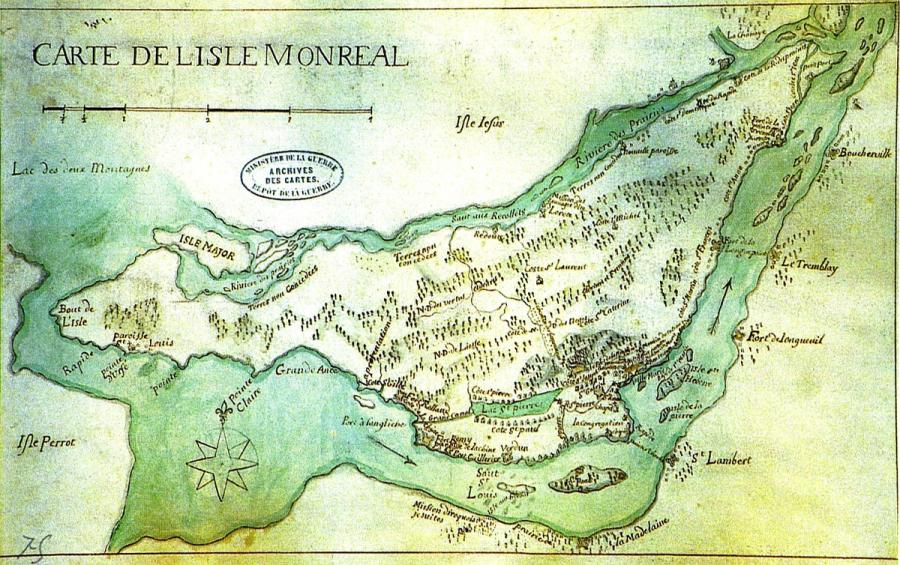 The origin of the name Sainte-Anne-de-Bellevue

Between 1672 and 1680, King Louis XIV of France, orders the parcelling out of this part of the Island in fiefdoms, one of which is granted to settlers and is named Bellevue Fiefdom. The parish is later named Bellevue in after the fiefdom.

It is said that in 1712 the Abbot de Breslay, who was returning from a visit to the sick, was caught in a violent snowstorm at nightfall. His horse wanders off, gets carried away and finally knocks him down on the ice. With a fractured leg, the Abbot of Breslay sees himself without possible human help. He made a vow to erect a chapel consecrated to the good Saint Anne if he escaped from this mishap. When he came to himself, he has the happy surprise to find himself in his bed, not knowing how he got there. From then on, he hastened to do everything in his power to fulfill his promise. Not far from the shore, will soon rise the first church known as Sainte-Anne.

Sainte-Anne-de-Bellevue is the second oldest community on the West Island of Montreal. The parish was founded in 1703.

Read more on the history of Sainte-Anne-de-Bellevue